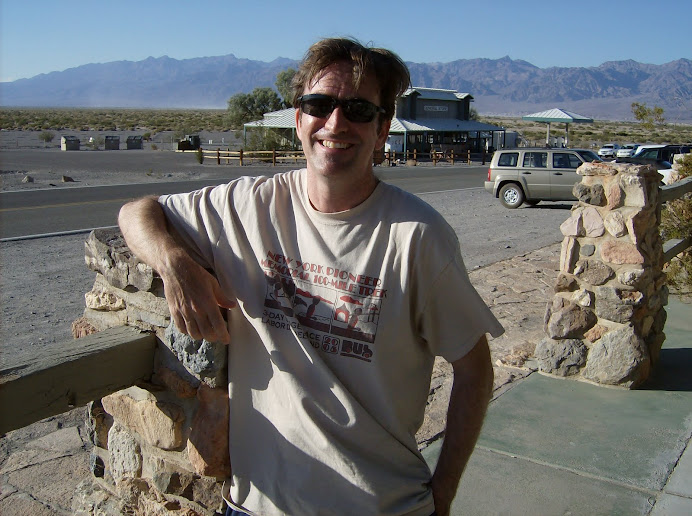 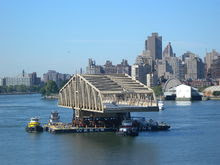 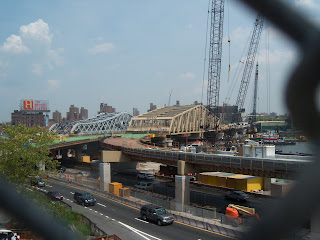 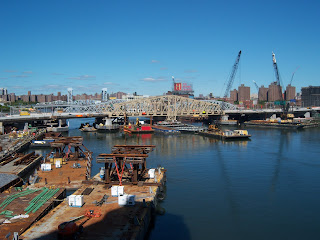 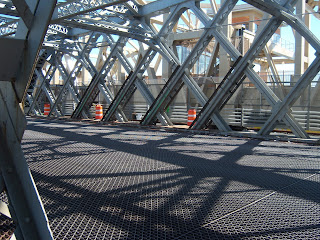 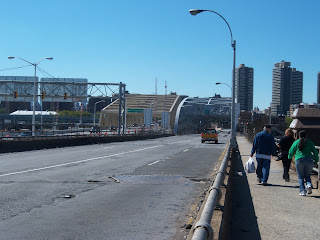 I'm going to try to do two bridges a week for the enxt few weeks to get caught up. The Willis Ave. Bridge is a special one, because it is a brand new bridge that just opened to traffic yesterday! It crosses the Harlem River between Manhattan and The Bronx, and is the first bridge to the north of the Triboro Bridge.
First, a little about the old bridge. It connected Willis Ave. in the Bronx at E. 135th St. and Bruckner Blvd. with 1st Ave. in Manhattan at 125th St., and had a direct on-ramp from the northbound FDR Drive, and carried traffic north-bound only. (The nearby Third Ave. Bridge carries south-bound traffic to the same area.) It was a swing bridge with a 304-foot main (swing) span, with a total length of 3,212 feet.
The new bridge was constructed just to the south of the old one. The main swing span, 350 feet long, was constructed near Albany and floated down the Hudson River, first to Bayonne, NJ, then on July 26 this year was floated up the East River and put into place. All roadways, approaches, etc. were completed and the bridge was opened to vehicular traffic yesterday, October 2. It has the same street connections as the old bridge, ans traffic never had to be shut down for any significant period of time during construction. Pretty clever, I say, to pull all that off!
The old bridge had a walkway on the west side of the bridge from 125th/1st in Manhattan to Willis Ave. at 135th St., and a stairway at Bruckner Blvd., but that stairway has been the only Bronx entrance available for some time as construction was going on. Recently also, the main Manhattan entrance was closed and a stairway entrance constructed at 127th St. near 1st Ave. Currently, while the old bridge is still standing, this is still the only pedestrian walkway available. It looks like the new bridge will also have a walkway on the west side with pedestrian access at the same spots. But there might be a period of time when the old bridge is demolished before the new walkway is opened. I'll keep you updated.
The Willis Ave. Bridge is well-known among runners, of course, as being the fourth bridge crossing during the New York Marathon, occurring at the 20-mile point, going into The Bronx. So the bridge opened just in time, although the course might have to be adjusted by a few meters one way or another. (Since the marathon is run on the roadway, the status of the pedestrian walkway doesn't matter.) I didn't get a real close look at the new road surface, but I won't miss the metal grating of the old surface, even with the rug on top.
Posted by Phil McCarthy at 8:00 PM 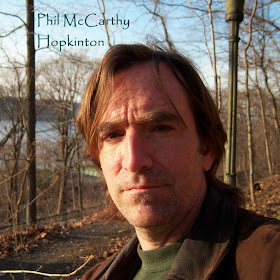 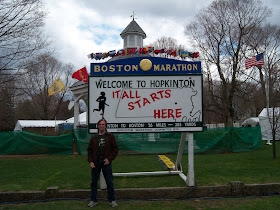